Cravat is the only Croatian symbol known and recognized worldwide. At the same time, cravat stands as symbol of Europe and several fundamental human values, as well. Therefore, Academia Cravatica declares October 18th to be set as the day of Croatian and world Cravat Day. Namely, in year 2003 the spectacular installation Cravat Around Arena was performed in Pula. This installation, of the world´s largest cravat, brought the ancient and modern time into symbolic connection, and red colour of the cravat worded and sent message of love and coexistence amongst peoples and nations into the world. Numerous television stations presented the installation Cravat Around Arena to the whole world as the world´s top spectacle, seen by more than billion people.

The following endeavour (action/installation) Cravat Around Croatia, performed this summer, in sixty days symbolically embraced and connected Croatia, presented and affirmed the beauty of Croatian cultural and natural heritage, with messages of love and coexistence sent to countries neighbours. It is opinion of the Academia Cravatica that establishing the Cravat Day, on Croatian and world level, would mean a great turnover in recognition and positive image of Croatia in the world. Croatian embassies and clubs would play an important role in this kind of promotion. Proposal for establishing the Cravat Day on the national level will be addressed to the Croatian Parliament for discussion and acceptance.

Marijan Bušić, BA, who is the head of the Academia Cravatica and the initiator of the idea says: “Cravat is not only a sign of class and clothing culture. The vertical of the cravat symbolizes the vertical of a man/woman – human dignity, self-awareness, moments of celebration. Balancing between its lightness, on one side, and the knot, on the other side, cravat symbolizes civilizational balance. Cravat sends out a message, symbolically, to be more aware of our dignity and dignity of others while communicating, to be people more, gentlemen more, aware of one´s freedom, and one´s responsibilities. For this symbolic strength, cravat carries epoch-marking importance. That is why it is necessary to establish the Cravat Day, on occasion of which the world would be sensible for those fundamental values,“ emphasizes Bušić. 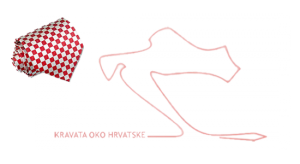 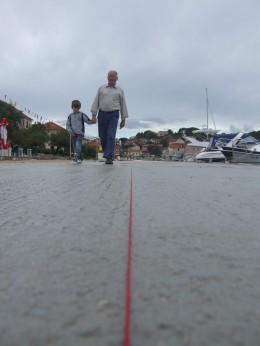