The Cravat Regiment is a major project of Academia Cravatica that was launced in the year 2010.

The Cravat Regiment is the original idea of Marijan Busić, the headmaster of Academia Cravatica and founder of the project “Croatia – Homeland of the Cravat”. Ever since the year 2020. it has been one of the most eminent and spectacular projects of Academia Cravatica in cooperation with the Toursit Board of Zagreb.

Namely, as of Easter Monday that traditionally marks the beginning od the season, every Saturday and Sunday exactly at noon, the soldiers of the Cravat Regiment carry out a cultural and histrorical ceremony of Changing of the Guard of Honor. The ceremony starts on St. Mark’s Square in Zagreb’s Upper Town. This Performance is a unique combination of a spectacular march of horsemen and soldiers through the city center of Zagreb followed by a drumming orchestra. Aside from weekends, the ceremony takes place on special occasions and state holidays such as the Victory and Homeland Thanksgiving Day on August 5th, Independence Day on October 8th, and Cravat Day on October 18th.

After the end of the war with the Turks, Croatian soldiers came to fight in Europe for the first time in the Thirty Years’ War (1618 – 1648). The Croats brought with them their own way of fighting a war which was developed during the long-term war against the Turks. The so-called “small war” consisted of ambushes, raids, daring penetrations and rapid withdrawals, attacks made into enemy territory, devastation and looting.

Croatian horsemen soon became known for their boldness, speed and courage, and they were vastly appreciated and feared for their talented military skills and laudable heroism. This kind of light cavalry regiments armed with short rifles were recognised as ”Croats” or ”Croatian arkebuzirs”. In addition to the service of the Habsburgs, the Croats and all mercenaries of the time entered the service of other imperial armies, mostly catholic ones.

When France entered the Thirty Years’ War, the imperial army and its regiments made up of Croats arrived in St Dennis, today’s suburbs of Paris. The French in the absence of their own light cavalry have organised their own Croatian Cavalry Regiment. In the tradition of three regiments of the Croats who have fought for the French during the Thirty Years’ War, the French King Louis XIV established an elite cavalry regiment Royal Croats (Royal Cravates) in 1667.

One piece of clothing of Croatian horsemen particularly attracted the attention of Europe. It was picturesque red scarves that Croatian soldiers tied in a knot around their necks as a part of their uniform. Officers carried some handkerchiefs made of silk while those for ordinary soldiers were made of wool, and it has served mainly for protection against dust and sweat and it could have been used for dressing wounds, as well.

The Parisians noted this Croatian custom and adopted it as their own fashion detail – wearing neckties ‘à la croate’, now forming the root of the French noun ‘la cravate’. This was the beginning of the tie (cravat), today’s most recognisable official clothing accessory. 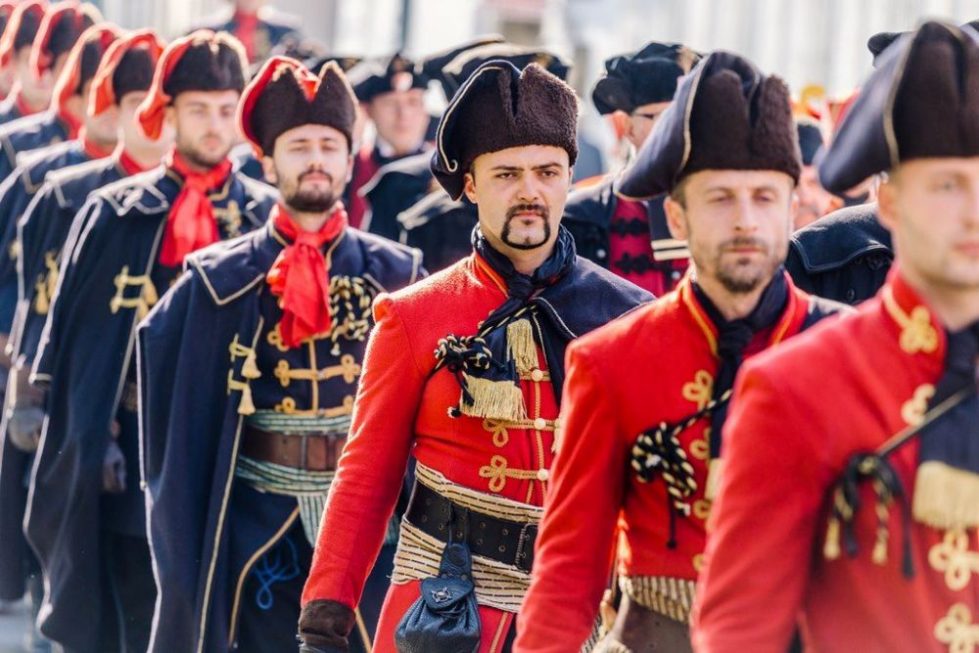