Academia Cravatica, as the central international institution dedicated to the study, preservation and promotion of the cravat as the cultural legacy of Croatia and the world, formed a parthership with the Ministry of Foreign and European Affairs of the Republic of Croatia to mark the Croatian Presidency of the Council of European Union.
Croatian Prime Minister Andrej Plenković recently met French President Emmanuel Macron in Paris. Before meeting with the French president, Plenkovic met with Issy-les-Moulineaux Mayor André Santini. They visited the sculpture of the Croatian academician Ivan Kožarić “Matoš on the Bench” in Paris, to which they tied a Croatian cravat! 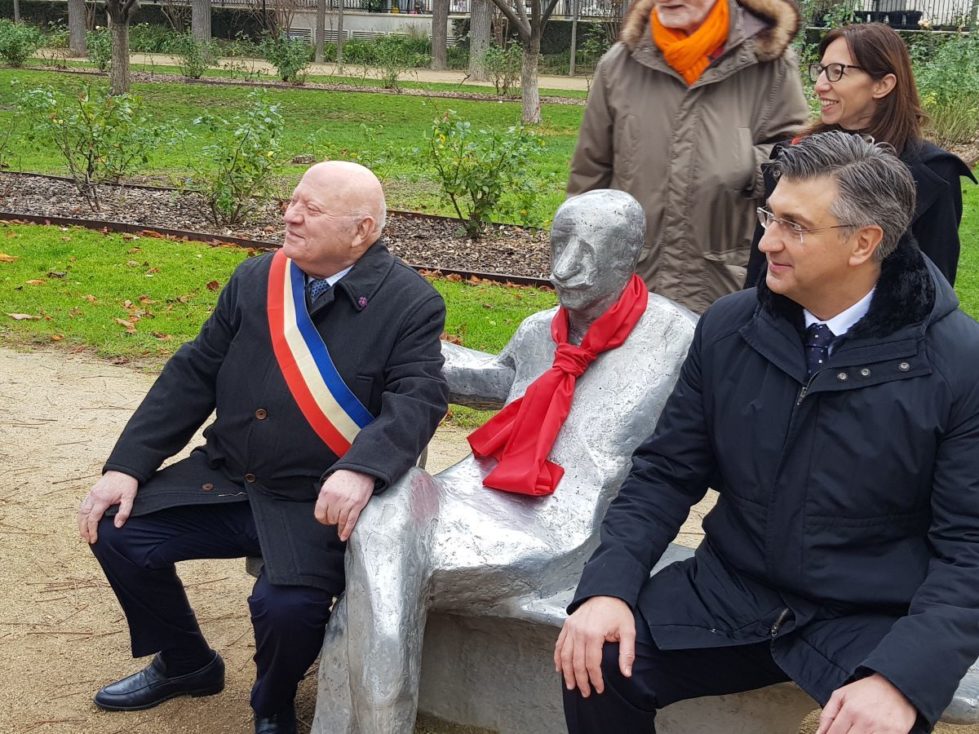