In June 2003 as a part of Marko’s fair, a cravat, in the 19th century fashion, was placed on the monument of ban (viceroy) Josip Jelačić in the city of Zagreb. The installation was prof. Marijan Bušić’s idea and Marta Crnobrnja, an academic painter, carried out the project.

A picture wall of a Croatian soldier from the Thirty Years War (1618-1648) was placed next to the ban Jelačić’s monument. In the picture, the soldier was wearing a symbolic pre-cravat around the neck. 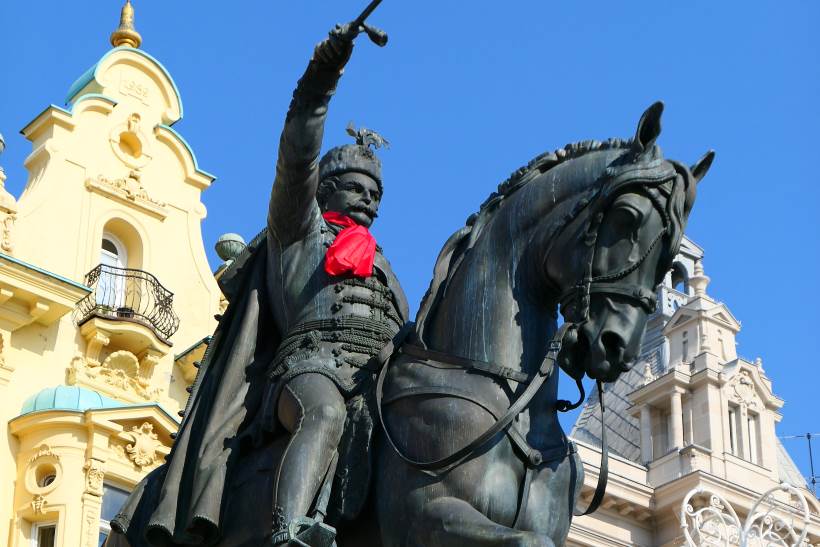