Tying cravats to monuments is a gesture that has now been realized for two decades, realizing the concept of prof. Marijan Bušić – conducted by Academia Cravatica, a central world institution dedicated to the study, preservation and promotion of cravat as a Croatian and World Heritage Site.
With the beginning of 2020, and with the start of Croatia’s presidency of the Council of the European Union, the Academia Cravatica Institution began a series of activities in Croatia, placing red cravats on the monuments of eminent Croatians  in Zagreb, within which it sent a message about Croatia as the home of the cravat. Also, the Academia Cravatica Institution has joined the initiative of the Ministry of Foreign and European Affairs to erect red cravats on a number of monuments across EU countries, participating in the creation of cravats – neckties that adorned the monuments, in the wake of past projects by Marijan Bušić, Director of the Academia Cravatica Institution, already in 2003, on October 18, set up a large red tie around the Arena in Pula and thus began the initiative to celebrate World Tie Day.

During january 2020 red cravats have been tied to monuments across the EU but also in the USA – a red craat was tied to the statue odf king Carol in Buchurest, H.C. Andersen in Copenhagen, Trajan, the Roman emperor in Rome, and monumets in Paris, Villnius, Budapest, Helsinki, Geneva and other European capitals. A red cravat  as a symbol of innovation, love, and unity, was also tied to on the Nikola Tesla monument, in Niagara Falls City, and also to the monument “Peace” by Antun Augustinčić , erected next to the United Nations building in New York. 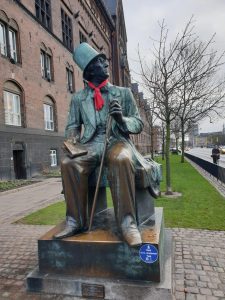 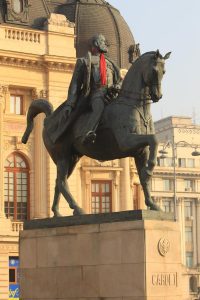 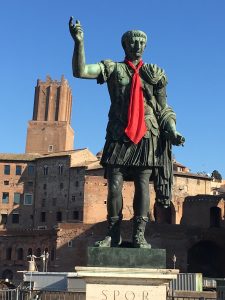 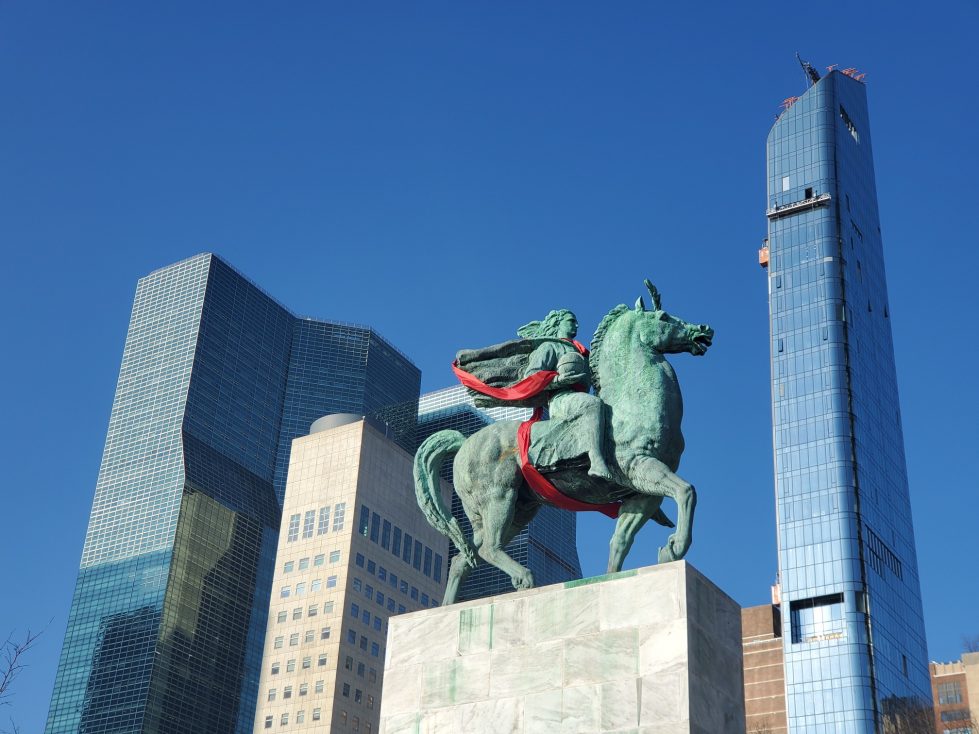