The celebration of the 350th anniversary of naming the cravat

Under the auspices of the President of the Republic of Croatia, Mrs. Kolinda Grabar-Kitarović, and in cooperation with the Zagreb Tourist Board, major shift of the Guard of the Historical regiments with the Necktie was held throughout the city. Apart from the Cravat Regiment, participants were the members of the Honor Guard Battalion of the Croatian Armed Forces, the Zrinski Guard of Čakovec, the Turopolje Banderium and Hussars of Bjelovar 1756. After defiling through the city and entering the st. Mark square, Commander of the Cravat regiment Željko Matejčić filed a solemn filing to Mr. Dinko Tandara (the envoy of the goverment of Republic of Croatia and Assistant Minister of Croatian ministry of defence) and French Ambassador, His Excellency Mr. Philippe Meunier. 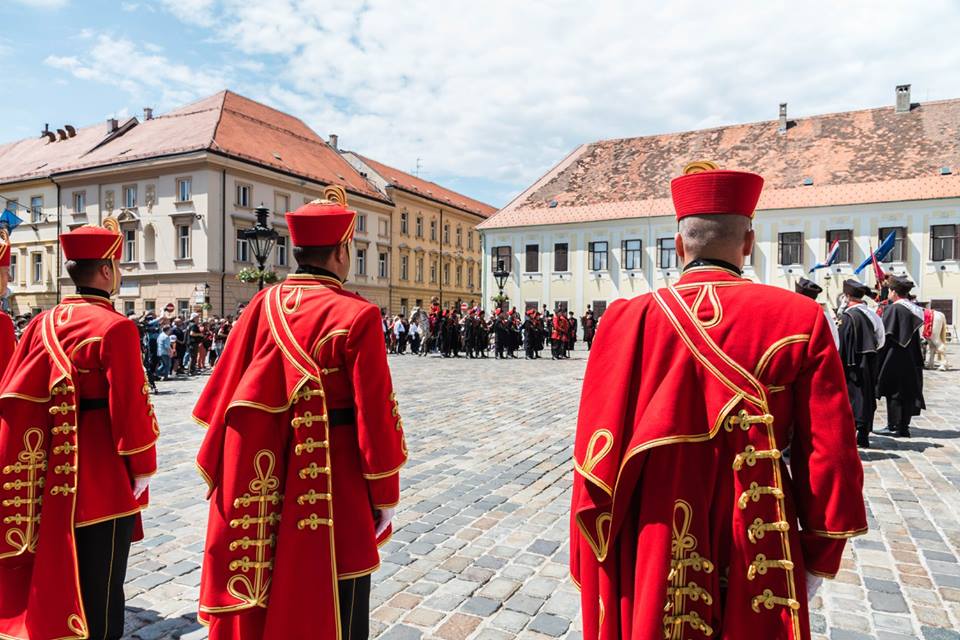